Notice: Function add_theme_support( 'html5' ) was called incorrectly. You need to pass an array of types. Please see Debugging in WordPress for more information. (This message was added in version 3.6.1.) in /var/www/wp-includes/functions.php on line 5835
 BORANI KADOO VA BADEMJAN برانی کدوو بادمجان 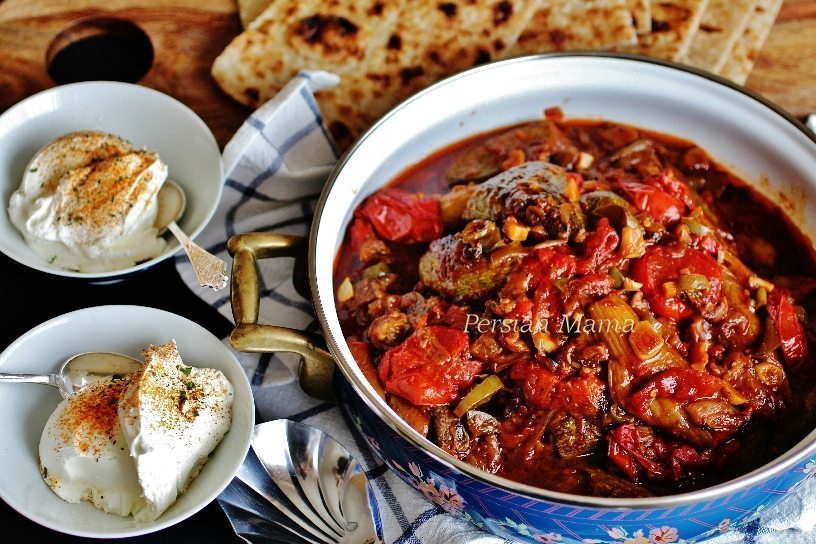 Borani Kadoo va Bademjan is a vegetarian dish made with squash (kadoo) and eggplant (bademjan) and slices of fresh tomatoes and garlic. It is served with plain yogurt on the side and the red powder you see on top of the yogurt is a dash of cayenne pepper. This bornai gets its spiciness from serrano peppers that add flavor and heat.  If  you like more heat add more peppers, or just spice up the yogurt with ground cayenne pepper like I do!  If you prefer a less spicy Borani just leave the serrano peppers out. 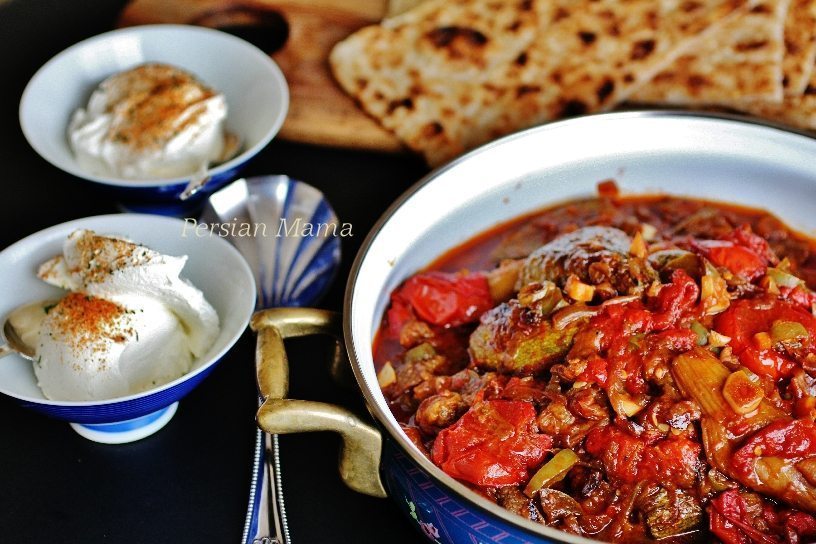 As the many Borani dishes (Borani Bademjan, Borani Reyhan, Borani Esfenaj) in Persian cuisine, this borani is also served with yogurt and toasted flat bread; it can be a main dish as well as an appetizer. The Borani kadoo va Bademjan can be cooked with fresh tomatoes or canned tomatoes, but the fresh tomatoes taste so much better in this recipe and I would recommend using them instead. I have used the Mexican Grey Squash in this recipe which is the type of squash that grows in Iran and has a light green skin; however the regular green zucchini squash will also be perfectly fine in this recipe. As far as the eggplants, I would recommend not using the large Western Globe variety.  Both the Chinese or Italian eggplants work beautifully in this recipe. 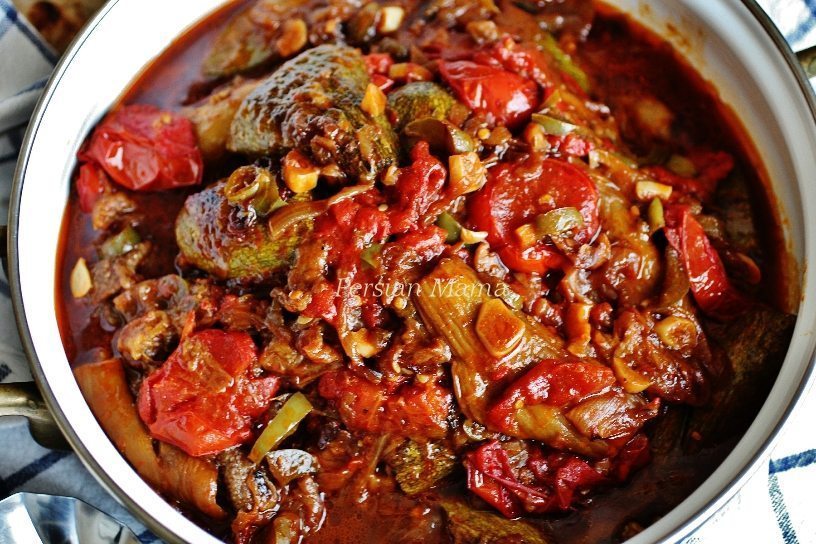 The Borani Kadoo va Bademjan always used to signal the arrival of summer in our house when I was young. Like most of my Persian recipes, this is my mom’s recipe and she made it regularly every summer with the freshest produce from the produce bazaar. Back in the day zucchini, eggplant and tomatoes were only available in summer months in Iran, so it was not really possible to make this except in summer. I remember the appetizing aroma of this lovely dish filling up the whole house with all the healthy beautiful ingredients that she sliced and prepared so meticulously before simmering them together in her large skillet. I loved the hot peppers that she used in this dish, I can’t find those in the markets here but serrano peppers do a marvelous job. 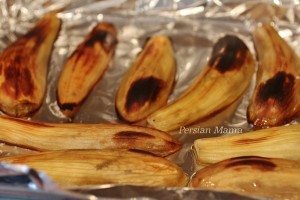 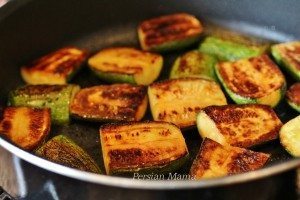 The eggplants are peeled, cut in half lengthwise and baked. Leave the skin on squash and quarter all of them, then fry until golden brown. 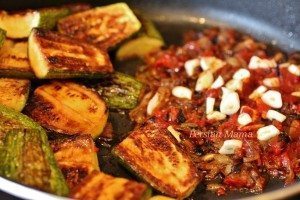 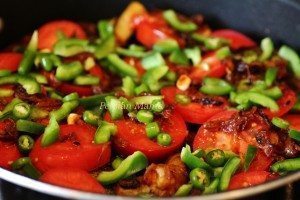 Make the sauce and layer the skillet with browned squash and baked eggplants. Then add the sliced tomatoes and peppers on top.  Simmer covered until the sauce is thickened and flavorful. 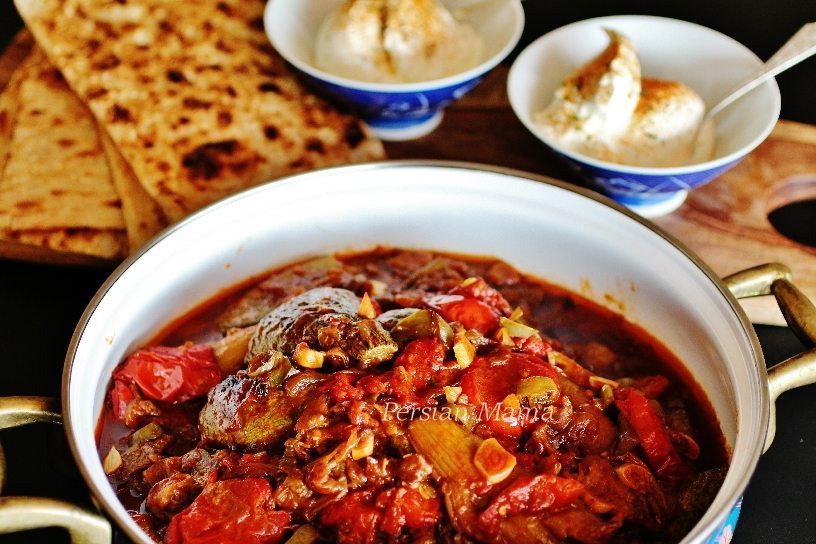 Enjoy Borani Kadoo va Bademjan with Sangak or other flat bread and a side of plain yogurt with  Salad Shirazi or Sabzi Khordan. 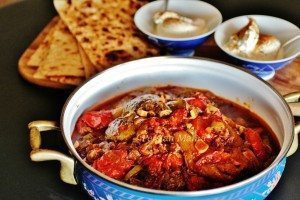