Notice: Function add_theme_support( 'html5' ) was called incorrectly. You need to pass an array of types. Please see Debugging in WordPress for more information. (This message was added in version 3.6.1.) in /var/www/wp-includes/functions.php on line 5835
 GARNI YARIKH قارنی یاریخ 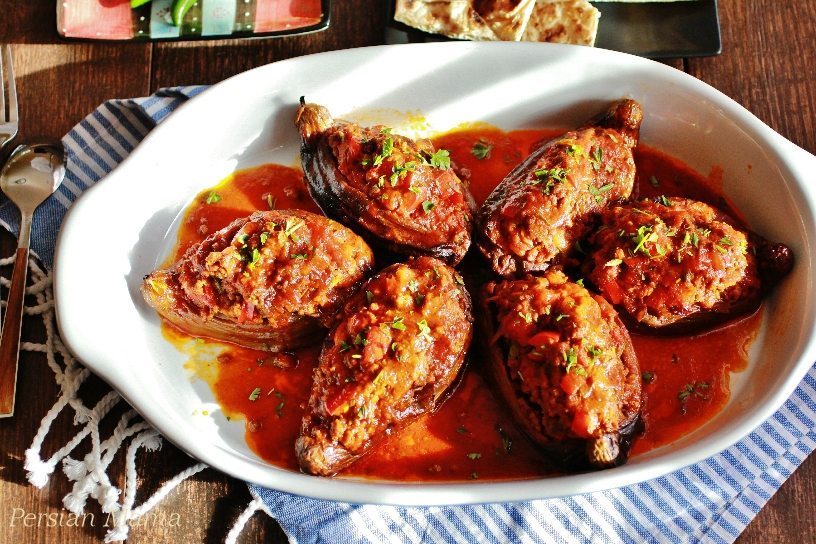 Garni yarikh translates to “split belly,” and it is a popular Azeri recipe that is an open-belly stuffed eggplant dish with tender eggplants and a spicy filling simmered in a light saffron tomato sauce. If you grew up in an Azeri/Persian household or if you have Persian friends you must know by now that Persians love their eggplant (bademjan  in Farsi) dishes, and that Persian cuisine has quite a few very tasty methods of preparing this low calorie and nutritious vegetable such as: Kashke Bademjan, Borani Bademjan, Dolmeh Bademjan, Kuku Bademjan, and let’s not forget the beloved Khoresh Bademjan. 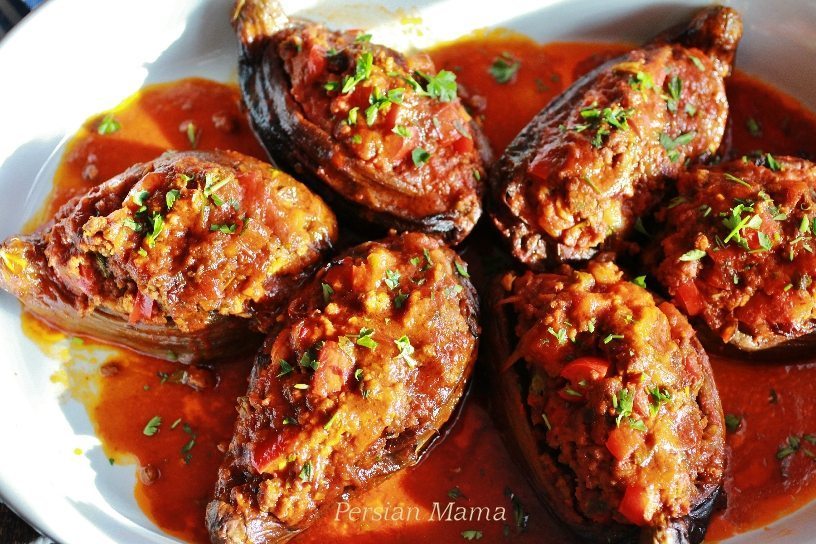 Garni yarikh that is also called,  bademjan shekam por, or stuffed aubergines is yet another eggplant recipe that I’m sharing with you today! 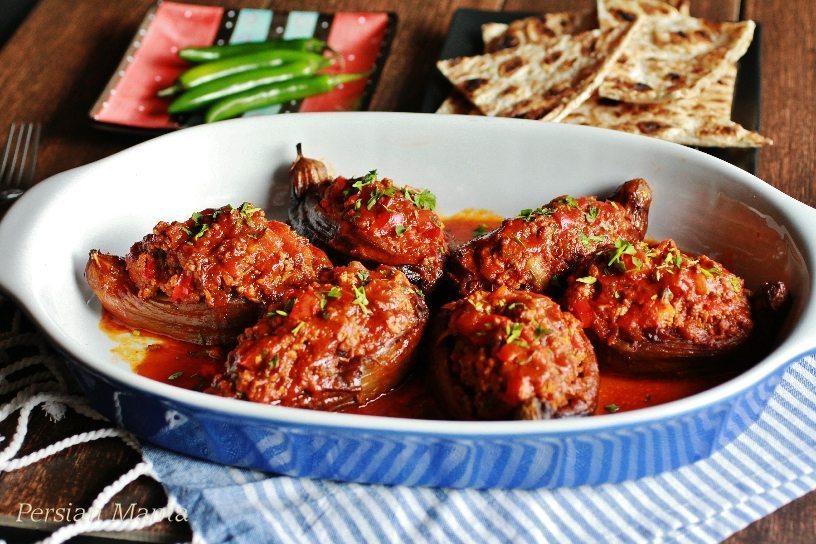 Garni yarikh is made with peeled eggplants that are baked or fried until tender enough to push the flesh aside and fill the belly with a delicious stuffing mixture that usually consists of ground meat, herbs, spices, garlic, and tomatoes. I prefer the baked method because this process uses considerably less oil and is healthier. The other stuffed eggplant dish is called Dolmeh Bademjan; the ingredients, taste and look of these two eggplant dishes are quite different. For one thing, Dolmeh Bademjan is made with large Western Globe eggplants and the unpeeled eggplant is hollowed out before stuffing it with cubed meat, yellow split peas, grains and spices. 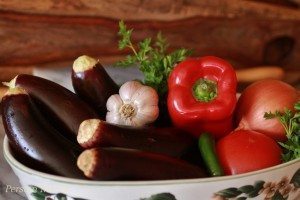 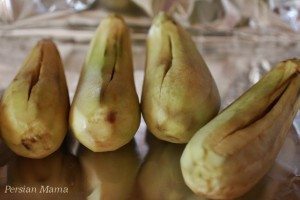 I usually use the Italian eggplants for this recipe because they have the least amount of seeds and have a very tender texture. The eggplants are peeled, leaving the top cap intact (this is the traditional presentation of this dish which by the way keeps the tender eggplant from falling apart during the cooking process).  A shallow slit is made in the belly of the eggplants leaving one inch from the top and bottom intact. 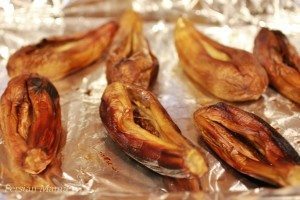 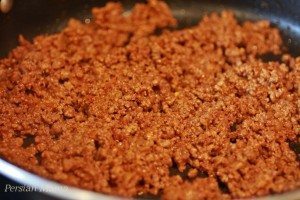 The eggplants are baked and cooled in the baking sheet. Next, the flesh is carefully pushed aside to make room for the stuffing. The meat is browned with chopped onions. 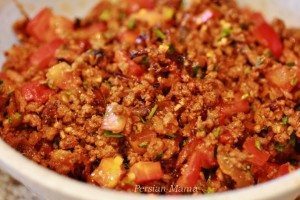 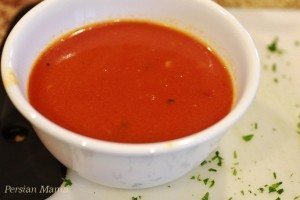 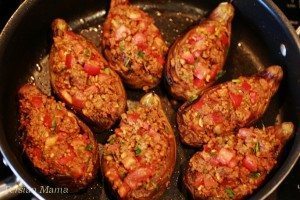 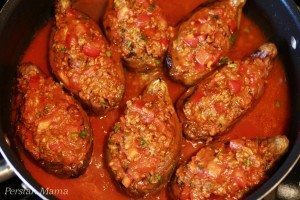 Baked eggplants are stuffed and arranged in a single layer in the same skillet. Sauce is drizzled over and around the Garniyarikh (s), then covered and simmered until the sauce is reduced and eggplants are tender. Spoon the sauce over the eggplants several times during this cooking time. 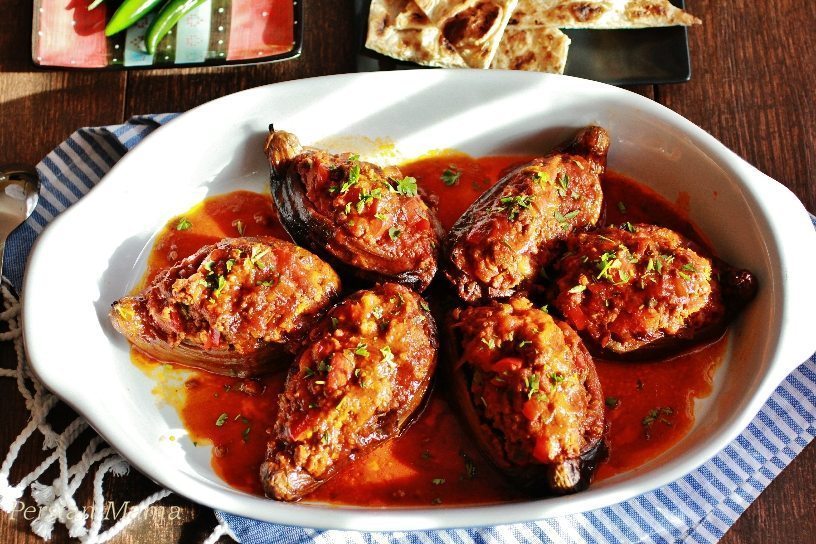 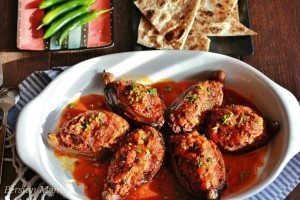