Notice: Function add_theme_support( 'html5' ) was called incorrectly. You need to pass an array of types. Please see Debugging in WordPress for more information. (This message was added in version 3.6.1.) in /var/www/wp-includes/functions.php on line 5831
 JAMBON SANDWICH 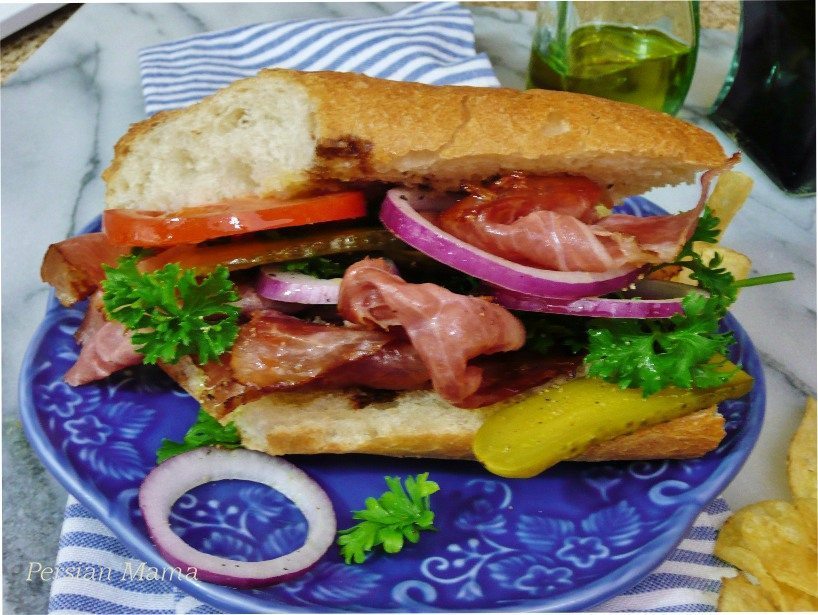 This is a hot Jambon Sandwich that is made with layers of pan seared Jambon, spicy pickles and an assortment of condiments of your choice on a crusty baguette.

I want to introduce you to a different, less common variety of ham, Jambon. It is a fully cooked French smoked ham, also called French prosciutto, that is sliced very thin and looks very much like the prosciutto that you find in most supermarkets, but the similarity stops there. Jambon has a subtle hint of smoky flavor and is less salty with a totally different taste. If you have ever had it, you know what I’m talking about. If you have not this is a good time you give it a try. 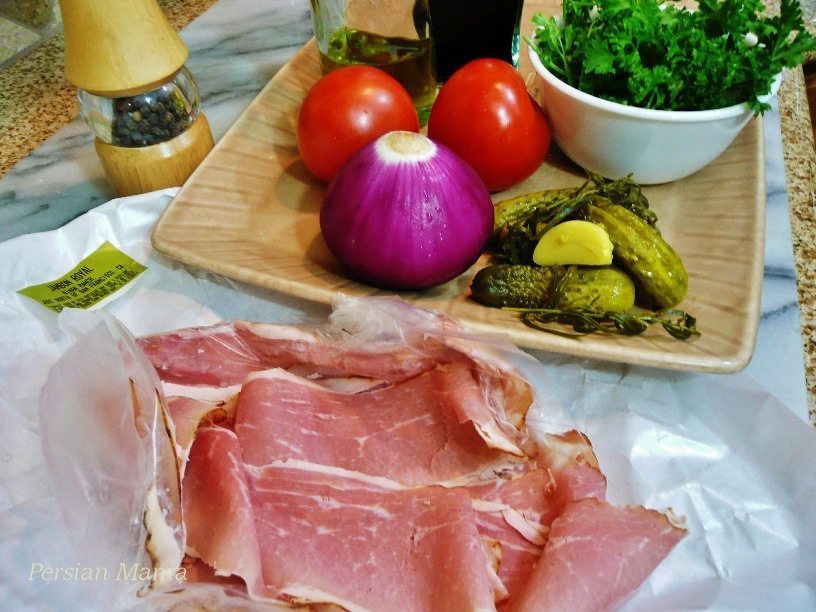 The condiments that I usually use in my Jambon Sandwich include: Spicy Dill Pickles, parsley, tomatoes and onion, but you may try other condiments and I’m sure it will taste fantastic. I only use a light drizzle of olive oil and balsamic vinegar because the pan seared Jambon has so much flavor that the sandwich does not need a heavy spread to taste good. 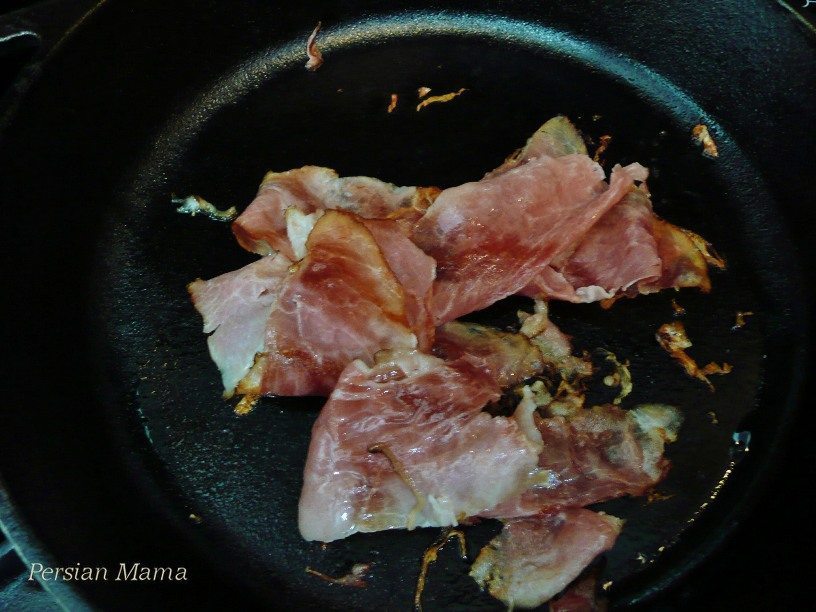 I especially like the flavor and texture when it is lightly pan seared to golden brown. Then it is juicy, crispy, flavorful; a perfect sandwich meat. Try the pan seared Jambon with eggs for breakfast and you’ll break all the rules of not eating any cured meat. Jambon is not very readily available; at least it has not been in the few states that I have relentlessly searched for in the past. Let me tell you though, it is definitely worth the trouble of tracking down. Just recently my husband finally succeeded in locating this rare delicacy in a small specialty deli market here in our SLC, Sugarhouse neighborhood. It definitely is as amazing as I remembered it from so many years ago.

THE SANDWICH INGREDIENTS:
A crusty bread such as French baguette works best for this sandwich. Divide the baguette into 5-inch pieces. Slice each piece in half and drizzle about 1 teaspoon each of olive oil and balsamic vinegar on both halves.
You will need about 4 ounces of sliced Jambon for each sandwich. Heat a cast iron skillet over medium heat. Add Jambon and use a pair of heatproof tongs to move the slices around for 1-2 minutes until they are golden on both sides and the borders have curled up.
THE TOPPINGS:
Slices of ripe firm tomatoes, sprinkled with dash of kosher salt and freshly cracked black pepper
Thin slices of dill pickles
Sliced red onions
Fresh parsley sprigs

Serve the sandwich with a side of potato chips 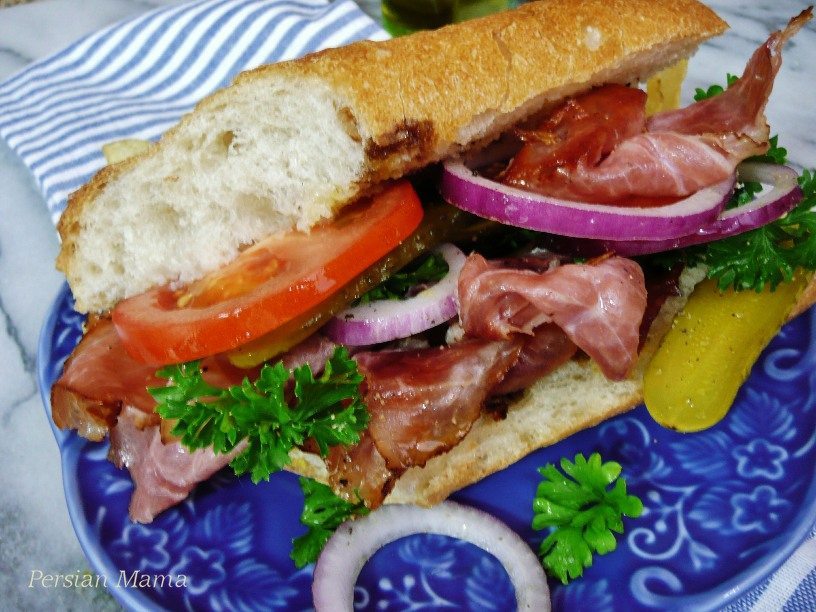