Notice: Function add_theme_support( 'html5' ) was called incorrectly. You need to pass an array of types. Please see Debugging in WordPress for more information. (This message was added in version 3.6.1.) in /var/www/wp-includes/functions.php on line 5831
 LABOO | BEETS IN SYRUP 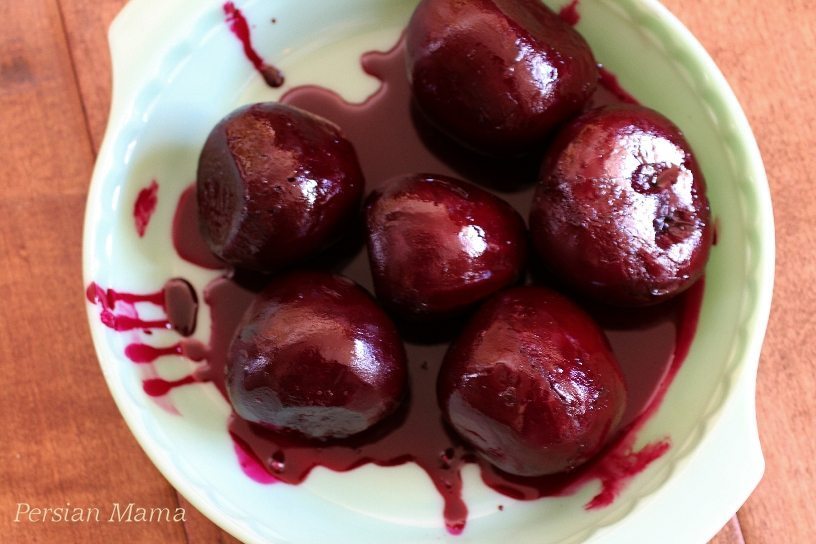 This is a recipe for Laboo (labu), or Beets in Syrup.  Steaming hot, sweet beets are a favorite street food in Iran during fall and winter; beets are sold in every street corner in wheeled carts (gari) by the street vendors.  Beets are one of the most nutritious vegetables that have detoxifying properties as well as vitamin C, fiber, potassium and vitamin B folate. Though they have the highest sugar content than any other vegetable, most people would benefit from having them in their regular diet. Beets are thought to reduce blood pressure and also ward off some types of cancers. 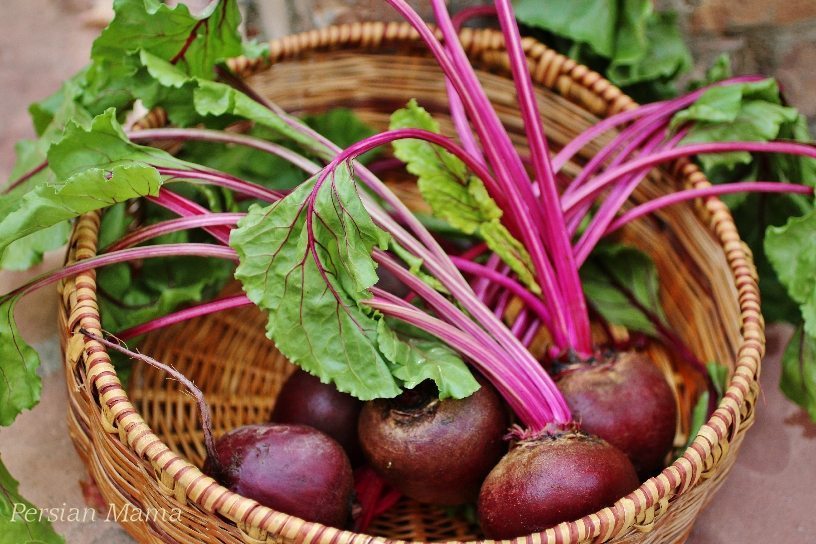 In ancient times the beet greens were used for consumption and not the beet roots. The natural sugar source and other benefits of the red beet roots was not discovered until much later. The sugar beets (choghondar in Farsi) have a tan color and an elongated shape and have been used as the main raw material for making sugar for a long time. 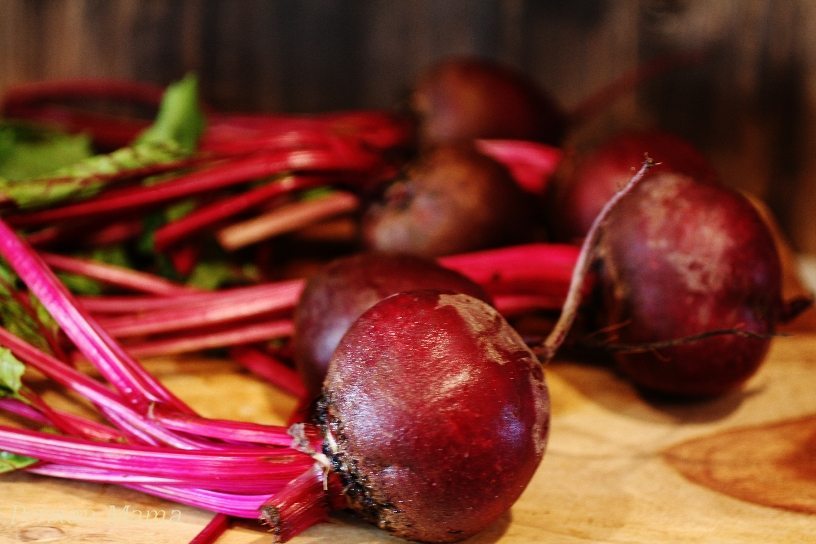 The beet greens are a very good source of vitamins A, C, B6, also calcium and potassium and a great source of iron! 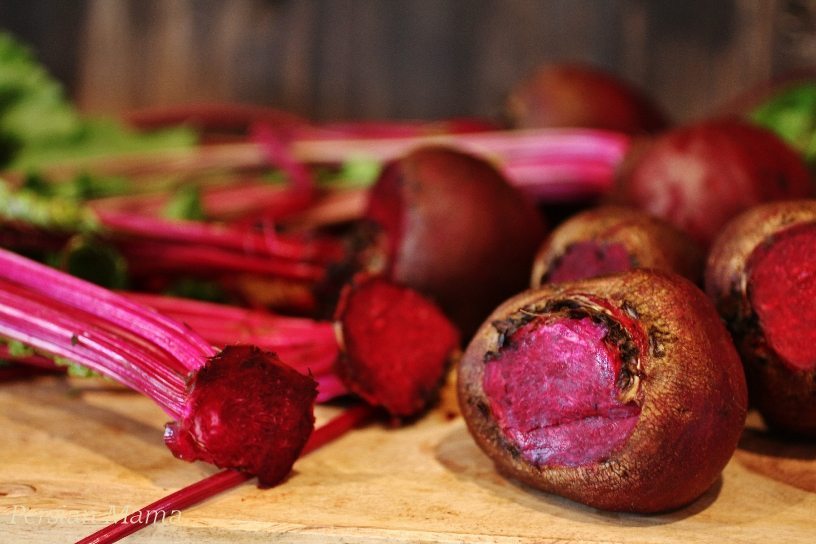 Most supermarkets sell the beets without the leaves because unlike the roots they will show their age! So if you can find a store that sells them with fresh leaves buy them and do not discard them. Cut off the leaves from the roots, 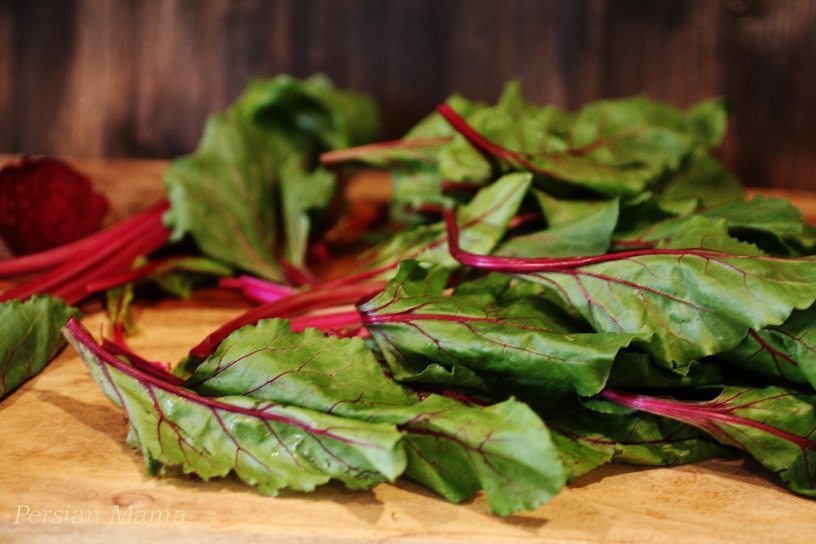 cut off and discard the tough stems, 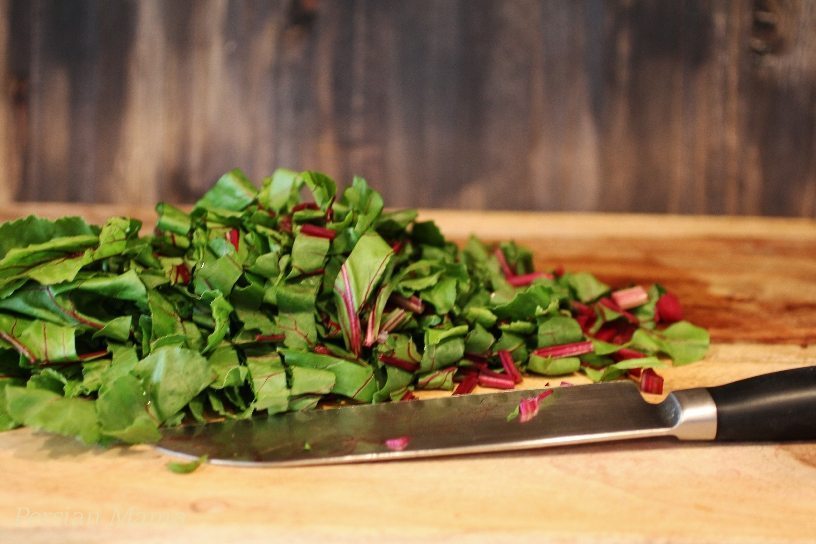 slice the leaves into 1-inch pieces. Add to a bowl with cold water and rinse them several times to get rid of any possible dirt. Drain the leaves and use them in soups (Aash Shalgham) or stews. They also freeze well for a later use. 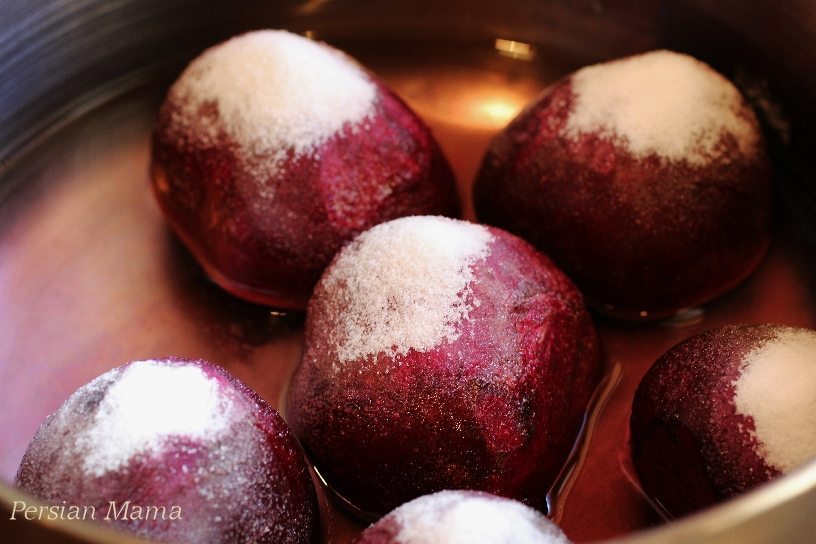 Leave the skins on the beets but scrape off the rough skin and small roots with a knife. Wash thoroughly and place in a large stockpot with water and some sugar. 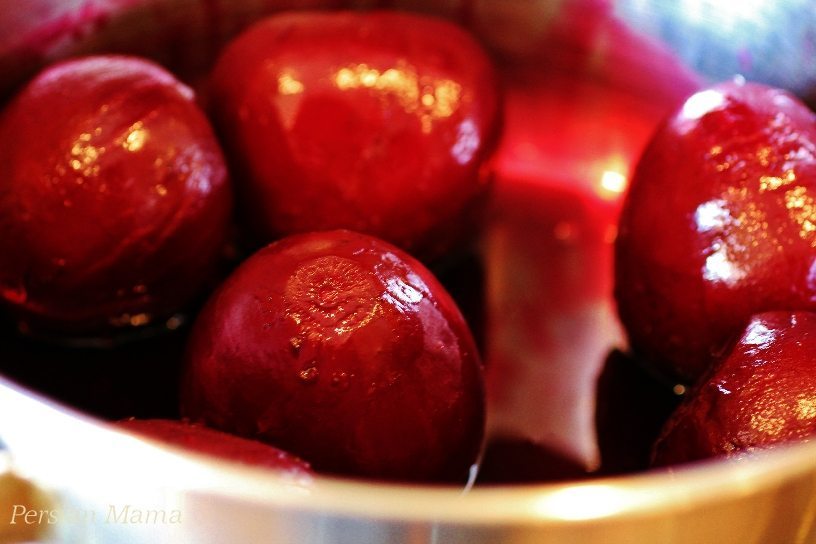 Remove the lid and continue cooking until the liquid turns to syrup. Serve the Laboo hot, right away with a drizzle of syrup as a side dish or snack. You can also refrigerate cooked beets for a later use in salads.