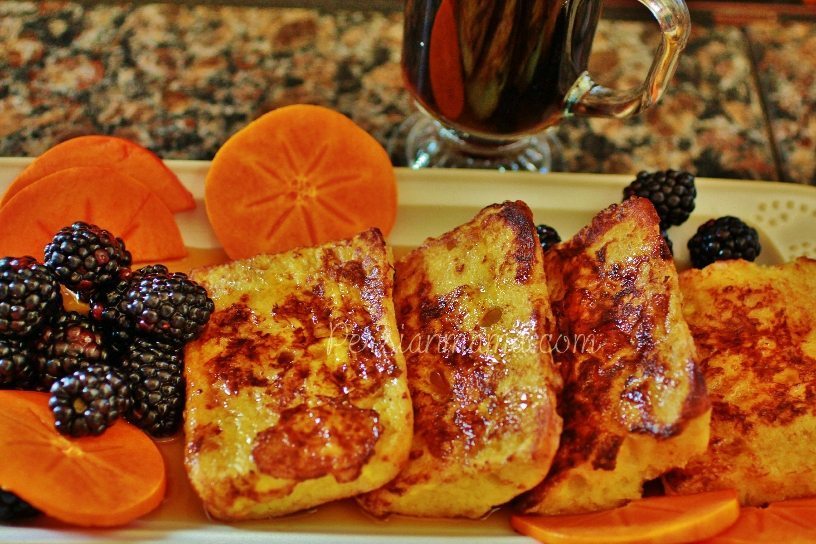 There are a lot of myths regarding the origin of this lovely breakfast called, French Toast, but oddly enough all of them point to the fact that French toast, also called German toast by some, was not invented in France! Some stories mention 5th century and ancient Rome, others claim that it was originated in British court of Henry V in the 15th century.  However, my favorite is the story of an innkeeper named Joseph French who came up with the recipe in the early 18th century in New York and forgot the ( ‘s ) after French, when he named his prized recipe!

This is a very easy recipe for French Toast. It only has 4 ingredients: Bread, milk, eggs and butter. I make my French toast with a loaf of day-old crusty baguette bread. Choosing the right bread is the most important part of this otherwise simple breakfast dish. I usually use a good quality French baguette that I normally buy from the neighborhood bakery for my sandwiches or toasted croutons. 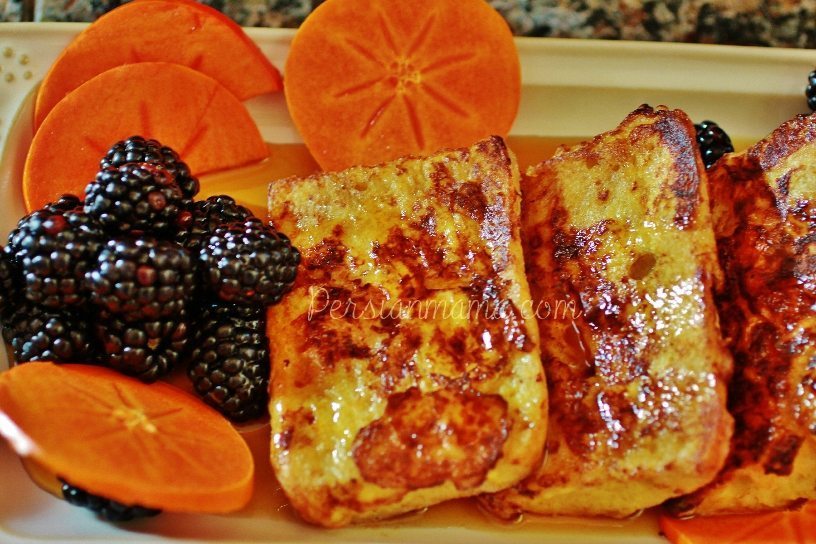 If the baguette is not tasty, the French toast is not going to be tasty. Some bakeries overbake their baguettes so the crust ends up being too brown and way too dry for French toast or anything else for that matter. On the other hand the softer grocery store baguette breads end up getting too mushy when soaked in the milk and egg batter.  The baguette for French toast should be golden brown with a crunchy crust. I wrap the bread securely in a plastic bag to prevent drying out and use it one day after the purchase. 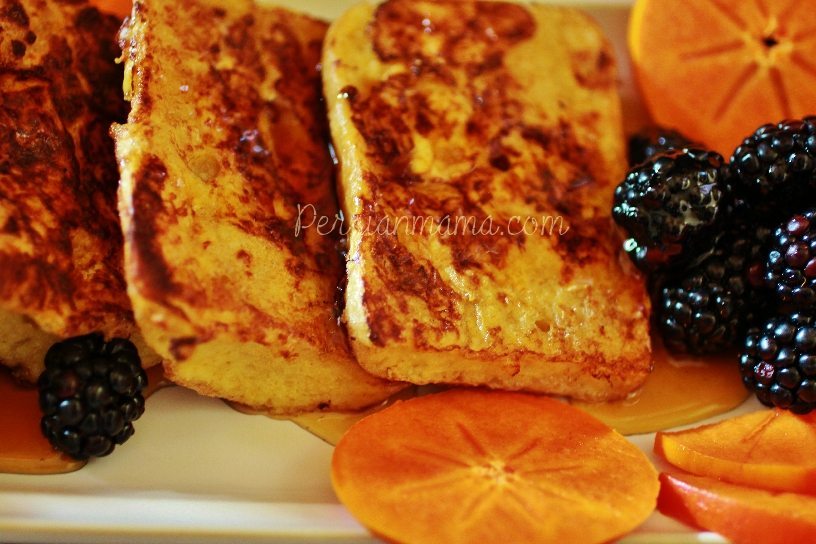 I like to use French baguette instead of softer breads such as Texas toast because it does not get soggy. I brown my French toast in very little butter to an almost crispy texture on the outside and it stays airy and soft in the middle; so it soaks up the maple syrup and tastes amazing. I don’t add any cinnamon to my recipe because I love how wonderful the maple syrup tastes with this French toast. The salt used in baking the bread adds enough taste to this recipe and I have not added any extra salt to the egg and milk batter.  If your baguette is very low in salt please adjust the recipe by adding a pinch of salt to the batter. 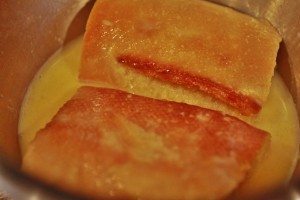 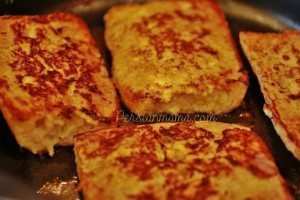 The baguette pieces are sliced in half horizontally.  In a medium bowl the eggs are whisked until smooth, then milk is added and whisked again only to blend. One or two baguette slices are added to the bowl for about one minute then turned several times with a fork to soak up the batter.  Do not soak the bread for too long, they get soggy. In a large nonstick skillet the batter-soaked baguette pieces are browned gently on both sides over medium low heat.  The bread pieces puff up as they toast and the low heat cooks the egg batter inside very nicely. 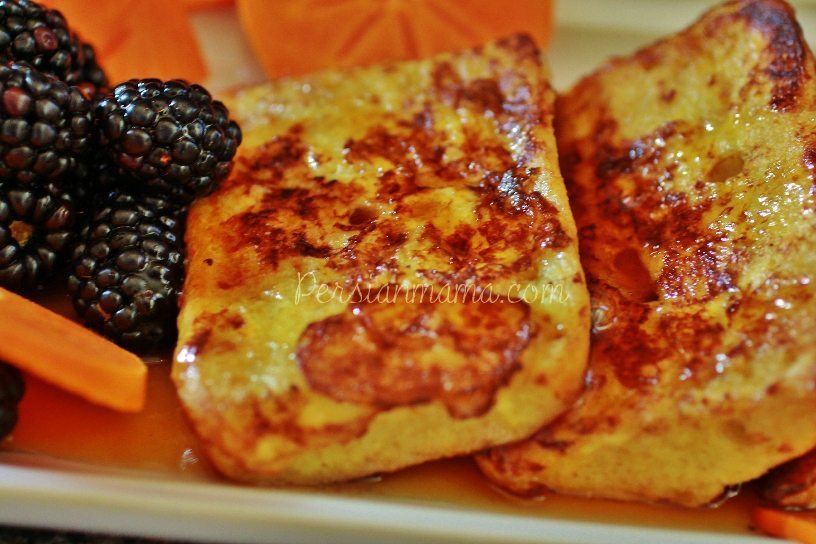 Enjoy this easy baguette French Toast with warm maple syrup and seasonal fresh fruit.  You may also top them with some lightly sweetened whipped cream for extra fancy presentation!